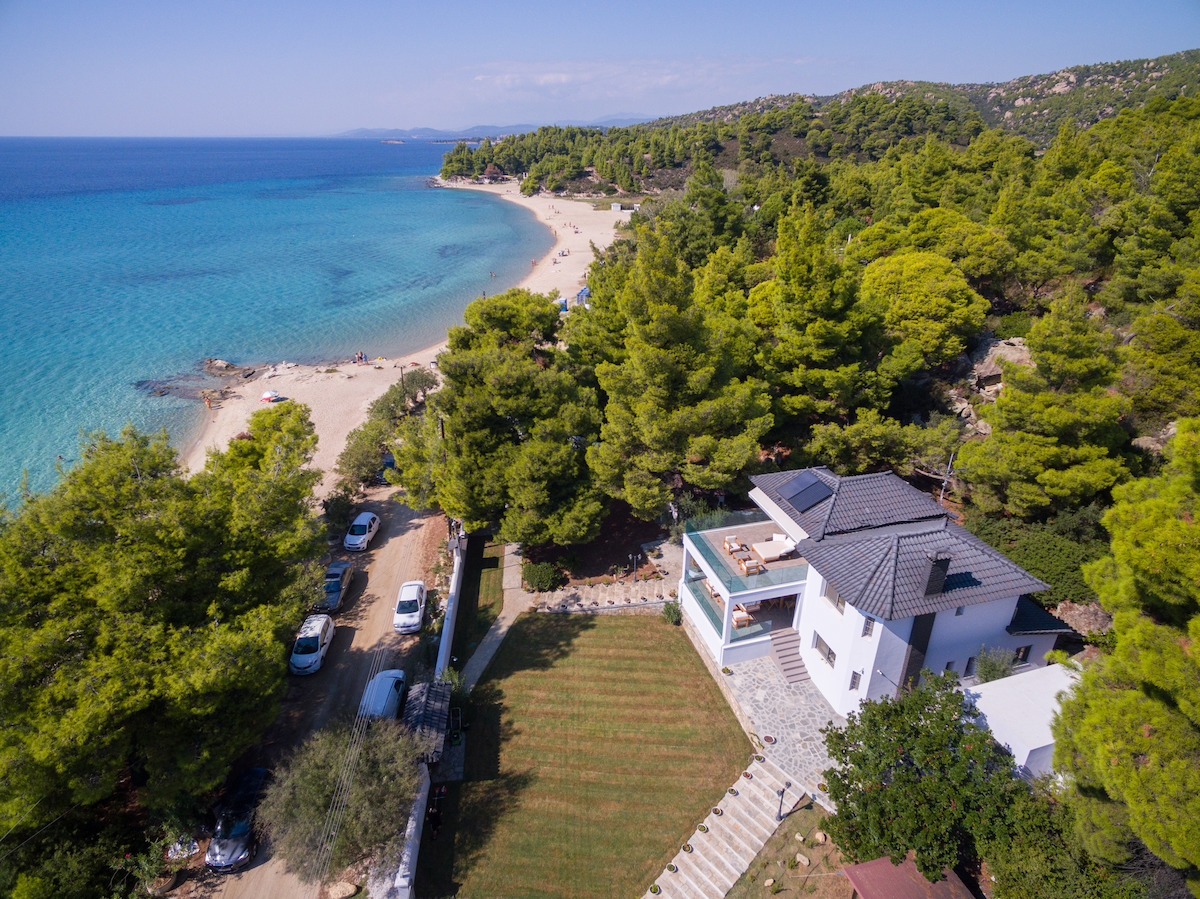 Luximmo is one of the few Bulgarian agencies for high-end real estate. A large portion of their business is related to providing services relating to purchasing and selling of real estate abroad, including legal, financial and tax services. The company was founded in 2007 and offers luxurious locations in Bulgaria, but has representation in Greece, Dubai and Spain. Most of its employees are Bulgarians with experience in local markets. The company is developing marketing and advertising in this direction and is also a representative of French agency Barnes, which has offices in more than 20 countries worldwide. In line with this partnership services are offered for leading international destinations and, specifically, the French Riviera.

Which is the country with the highest concentration of real estate owned by Bulgarians? Is it Greece?

- Greece is definitely our number one destination. The main regions are north Greece - Halkidiki, Kavala, Tassos island and, most recently, Limonos island, which is popular with Bulgarian lovers of wind- and kitesurfing.

What is the destination experiencing the highest interest from Bulgarian buyers right now?

- There has been an increase in land being purchased in Dubai and, in my opinion, this will be the new big attraction for purchasers. Third place is Spain. There are a lot of other countries where Bulgarians are buying, but there are no big trends or en masse sales.

Is Dubai the most attractive location?

- Dubai and Turkey are the most attractive markets right now. Dubai is the newest location where there is a surge of interest for purchases by Bulgarians abroad. This is a tendency that really ramped up in 2021 and continued growing in the first quarter of 2022. There are many reasons for this. The main ones we can cite are the reasonable affordability of location and price and the option to purchase through credit with local banks, the country's development as a leading tourist and business destination, and the warm and favorable winter climate, and so on.

Since 2021, Bulgarians have definitely shown greater interest in purchasing vacation properties in Turkey, a principal reason being the declining value of the Turkish lira.

In the near future we expect a steady increase in more far-flung destinations such as Bali and other regions of Asia, which are popular with Bulgarian tourists.

Spain, however, is lining up to be the destination where wealthy Bulgarians in or near retirement age seek to call home due to the climate, the mentality of the locals, the prices and quality of life and the fact that it's a developing country in western Europe.

It seems as though real estate in Spain was the first, historically, to be actively promoted on the Bulgarian market - were they not offered as part of Timeshare purchases?

Speaking of real estate in cities, is it true that Vienna is the European city with the highest concentration of real estate purchased by Bulgarians?

- Vienna saw a surge in activity between 2007 and 2008. Then there was a downturn in purchases being made, due to an increase in prices, which are continuing to grow, in recent years.

Bulgarians are buying real estate in London, Paris and Madrid due to the good lifestyle, fun, business and prestige. I would also add some of the biggest Swiss cities to this list. The prices in capital cities are staggeringly high.

What are your observations about the highest segment of this market?

- The top resorts along the French Riviera are the most sought after locations for rich Bulgarians. Some of them already have impressive villas and estates there.

Over the years some of our wealthiest nationals have acquired emblematic properties at a very high price in Switzerland, the Italian Lakes, Monaco, and, as I mentioned earlier, in capitals such as London and Paris. The newest trend with these types of clients is a piquing interest in real estate in the alpine resorts where they are purchasing chalets or large apartments.

What has been the developing trend for purchases made by Bulgarians abroad over the years?

- A bigger volume of purchasing began after 2000. A tendency for rapid and en masse purchasing was not observed, with the exception of Greece, until 2007. The financial crisis of 2009 - 2014 saw a decline in purchases by Bulgarians in Greece, but the turn of 2015 saw a renewed upward trend. A similar trend was observed during the pandemic, when initially there was a decline and, subsequently, an upturn in sales.

When it comes to the Greek market Bulgarians are mainly interested in purchasing villas, apartments and plots in order to erect houses. Recently, there has been a strong trend for Bulgarian construction entrepreneurs to develop their own building projects for vacation villas and apartments, most often in the region surrounding Halkidiki and Greece's north coast (Kavala).

What is the price range in which Bulgarians are purchasing?

Through your observations, what motivates Bulgarians to buy property abroad?

- Most purchases are of the "second home" variety. Ergo for personal use, for fun or for specific periods during the year. Real estate being bought up purely for vacations is lower down the scale. They are mostly intended for personal use and very rarely to rent out. Very often these purchases are motivated by a desire to protect capital.

So the number of purchasers for investment purposes is smaller?

- Bulgarians are also buying hotels and commercial properties to lease. Interestingly, most Bulgarans who've bought a hotel abroad (excl. Greece) tend to sell them within a few years because they cannot seem to manage them remotely on an effective basis. Also, the return on investment for leasing a hotel is rather low.

What is the commonest scenario for property bought abroad by Bulgarians after purchase?

- It is very rare for those to be resold, but if it happens a new bigger and better one is purchased in the same country.

What problems are most often encountered by Bulgarian buyers abroad?

- After purchasing, if there is a need for renovation, the price of services related to this and time frame are unusually high compared to the market back home.

Another issue encountered frequently is high commission rates from agencies in some countries. In Germany, for example, commissions can go up to 5.99% excluding VAT of the property value, which is regulated through legal acts.

High taxes for land purchase are also a problem - and so are notary fees and local taxes, which often reach as high as 10% of the property value.

In some cases, like France, it can take up to several months for the purchases to be finalized.

Maintenance costs are also relatively high compared to those of Bulgaria - sometimes as high as 5 to 10 times greater.

How many of these deals use the services of real estate agencies? And what are the preferred ones - Bulgarian or local ones?

- Properties in Greece, Spain, Dubai and Turkey are bought through Bulgarian agencies, as long as the market permits, and provided there is a presence there. For properties in capitals around the world, agencies local to the market are most often used. Generally, Bulgarians purchase properties abroad through agencies, so as to save time, optimize expenses, for enhanced security, and to tap into loans from local banks. They usually purchase with care and do not risk making a purchase on their own. When working with agencies local to the market they often view them with mistrust and complain of the high rates they charge.

Are there any conspicuous failures when purchasing properties abroad and what do they entail?

- I have not heard of such failures. Generally speaking, Bulgarians are happy with their purchases abroad.

Check out our portfolio in Dubai!

Take a closer look at all of Suprimmo's offers in Greece!