After a 3-year Break: The "Orient Express" Visited Bulgaria 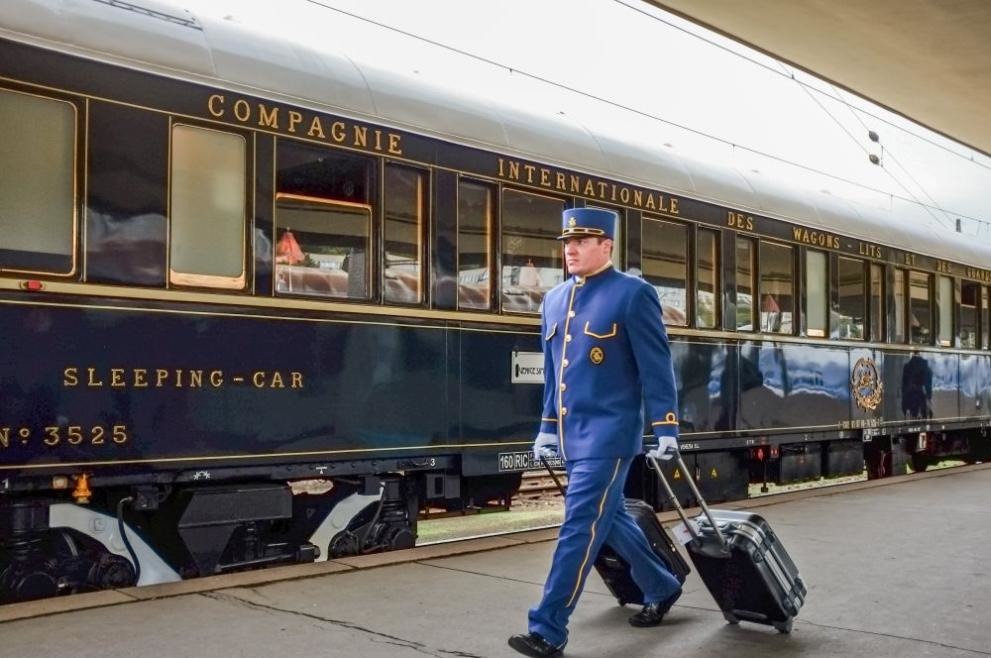 The legendary "Orient Express" train arrived at the station in Ruse. The trip is organized once a year on the Paris - Istanbul route but has not taken place in the last three years due to the pandemic.

The train last stopped at the station in Ruse on August 27, 2019, when 91 tourists from 12 countries traveled with the luxury train.

The luxurious composition of 15 carriages, traveling on the route Paris - Istanbul, is expected to arrive at the railway station in Varna at 17:40 p.m. It will stay for over 3 hours, then at 21:15 p.m. it will leave for Turkey.

The legendary train composition from Agatha Christie's novel was restored in 1997.

Many citizens of Ruse - mostly parents with children, came to see and photograph the luxury train. Among them was Elena Todorova, who had come with her grandson Alex. "I'm coming to see it for the first time. I want to show it to my grandson, who lives in Italy," Elena explained to BTA. "The train is very interesting. I have also seen the movie but I don't remember it," said little Alex.

64-year-old Vladimir Mateev said he was interested in seeing the train up close. "In past years I have seen it passing through Ruse but I have not come to the station. I know that it is very expensive to travel with it. Even if I had all the money, I would not give it to experience this. I would rather use these means to be with my loved ones," Mateev said.

Izabela Dimitrova met the same train twenty years ago. "Then I was with my daughter, who was two years old. The tourists made a big impression on me. One of them gave my daughter 100 dollars. We keep the banknote to this day," explained Dimitrova.

Ten-year-old Boris said that he would be very interested in traveling by the “express”. "My mom said it was a very luxurious train for rich people," the boy said.

Among the guests was Anatoli Ivanov, who brought his seven-year-old son Borko. "I came with my son because trains are very interesting to him. We will even go to see it in Varna this afternoon," said Anatoli Ivanov. "I really like trains, but when I grow up, I don't want to be a train driver, I want to be a firefighter," said Borko.

In the composition, which consists of 15 wagons, 83 tourists from different countries travel. Most are the Americans and the English. The food is varied, and the menu includes a local dish from each country the train passes through.

A staff of 47 people takes care of the passengers' comfort.

Stefano Gambilone, who is a steward on the train, told BTA that the experience was like being transported back in time. "Because every day is like living in the 1920s. It's very nice on the train because the people who travel with us are always celebrating something and it's always fun," Stefano said.

The head of the Central Railway Station in Ruse, Radoslav Turlakov, explained that in the Danube city the train will be filled with water, undergo a technical inspection and a border check. "It was towed to Ruse by two diesel Romanian locomotives. It will go to Varna with the new electric locomotive of BDZ ‘Khan Kardam‘“, explained Turlakov.

The train should arrive in Istanbul tomorrow.

The "Orient Express" will pass through Ruse again on September 3 this year, when it will stay at the station for 101 minutes.